On 22 November 2017, the International Criminal Tribunal for the Former Yugoslavia (ICTY) issued one of its most awaited judgments: that against Ratko Mladić, former Serbian army general and acolyte of the equally lamentably famous Radovan Karadžić, former Bosnian Serb leader, who also achieved infamy for the atrocities he perpetrated and was condemned by the ICTY on 24 March 2016.

The point of this short blog text is not to summarise a judgment that totals 2475 pages, excluding Judge Orie’s Dissenting Opinion and appendices. Rather, it is to comment on one particular issue that, although not overlooked as such, seems to be accepted as an expected outcome and ultimately as a side point in a verdict that, after all, may be seen as satisfactory insofar as it condemned the ‘Butcher of Bosnia’.

Ratko Mladić was charged with 11 different counts: two counts of genocide as well as persecutions, extermination, murder, deportation, inhumane acts as crimes against humanity and murder, terror, unlawful attacks, taking of hostages as violations of the laws or customs of war.

The ICTY Trial Chamber found him guilty on all counts but the first one, that is, genocide in relation to crimes perpetrated between 31 March 1992 and 31 December 1992, in different municipalities of Bosnia-Herzegovina: Foča, Ključ, Kotor Varoš, Prijedor, Sanski Most and Vlasenica.[1] He was, however, found guilty on the second count of genocide, in relation to the crimes committed in Srebrenica in July 1995. [2] This is not a ground-breaking verdict: since the condemnation of General Krstić by the same Tribunal in 2001, and as confirmed on different occasions (including in the 2016 verdict against Karadžić) the systematic execution of the 8,372 Srebrenica victims – all Bosnian Muslims and, in their overwhelming majority, men of military age – has been recognised as genocide, defined in Article II of the Convention for the Prevention and Punishment of the Crime of Genocide as a crime ‘committed with intent to destroy, in whole or in part, a national, ethnical, racial or religious group’.

It is also not the first time that an ICTY Trial Chamber has excluded the qualification of genocide for atrocities perpetrated in municipalities other than Srebrenica, and this conclusion had already been reached in the Karadžić judgment. In Mladić, the Trial Chamber justified this decision by explaining that, although the perpetrators had the intent to destroy part of the Bosnian Muslim group as such, their intent fell short of being genocidal insofar as they did not have the intent to destroy a substantial part of this (protected) group. This conclusion from the Trial Chamber is worth reproducing here:

‘In conclusion, the Trial Chamber does not find, beyond reasonable doubt, that the physical perpetrators of prohibited acts against the Bosnian Muslims and Bosnian Croats in the Count 1 municipalities committed those prohibited acts, with the intent to destroy the Bosnian Muslims and Bosnian Croats as a substantial part of the protected groups in Bosnian-Herzegovina.’[3]

The term ‘substantial’ is nowhere to be seen in the text of the Genocide Convention and is a purely jurisprudential creation. Apart from the fact that the mathematical approach inferred by the use of this substantiality criterion to genocide is heavily problematic from an ethical viewpoint, it also – to my mind – misreads the text of the law and misunderstands the very essence of the crime of genocide. That the proof of such an intent will be eased by circumstantial evidence and by a certain number of victims is undoubtable, but interpreting genocide as a crime that requires the death en masse of victims is misreading the legal definition. First, as the exhaustive list of genocidal acts illustrates, an act does not need to cause the death of the victim(s) to be genocidal.[4] Second, what makes a crime a genocide is not the number of victims – it is the intent to destroy the protected group as such. Third, the conventional definition of genocide refers to genocide ‘in whole or in part’, not to genocide in substantial part. This reading in into the definition of the crime thus led the Trial Chamber to conclude that the intent to destroy a substantial part of the Bosnian Muslim population was geographically limited to Srebrenica in July 1995. How this very specific intent to destroy a protected group as such, to erase this group from the surface of the earth, to annihilate all its members can be limited geographically to one municipality is difficult to comprehend. How the following conclusion of the Trial Chamber did not lead to a conviction for genocide on the first count is hardly justifiable:

The purpose here is certainly not to trivialise the crime of genocide by stretching its definition to cover acts which are not genocidal precisely because they were not committed with this intent to destroy. Rather, it is to express a certain surprise at an interpretation of the crime that leads to the unsustainable conclusion that acts committed with the intent to destroy a protected group as such do not constitute genocide.

[4] If Art. II of the Genocide Convention lists killing as a genocidal acts, it also lists: causing serious bodily or mental harm to members of the group; deliberately inflicting on the group conditions of life calculated to bring about its physical destruction in whole or in part; composing measures intended to prevent births within the group; forcibly transferring children of the group to another group, all of which do not necessarily cause the death of the victims. 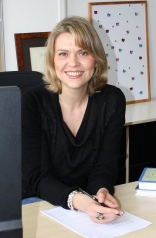 Prof. dr. Caroline Fournet is a Professor of comparative criminal law and international justice at the Department of Criminal Law and Criminology at the University of Groningen. Her research notably focuses on the crime of genocide as well as on the use of forensic evidence in international criminal justice. She is currently Editor-in-Chief of the International Criminal Law Review (Brill) and one of the co-editors of the academic journal Human Remains and Violence: An Interdisciplinary Journal (Manchester University Press).