Spending on average more than 40 hours a week at work means that my office colleague is by default the person I see most. I keep my sports gear and medical prescriptions in the office drawer and my planner and pictures of people I care about on the desk. I have a YouTube playlist I listen to at work. In short, my workplace is very home-like and my home is often the office for the weekend.

I am not here to judge whether this lifestyle evolution should be welcomed or rejected but I believe the blurring of divisions between the professional and personal should be observed with due caution. The European Court of Human Rights (ECtHR) recognised the difficulties in distinguishing the two and the problems with drawing the lines of human rights protection artificially in the Niemietz v. Germany case, holding that the protection of ‘private life’ under the Convention extends to the workplace. In recent years, the Court has developed considerable case-law on a broad range of workplace-related issues relevant to employees in Europe, who are often unfamiliar with the protection of their rights offered by the Convention. This blog post discusses two aspects of employers’ restrictions on employees in the workplace: dress code and surveillance.

In workplace-related cases, the employer is often a private entity, which means that interference with an employee’s rights is not directly attributable to the State. In such cases, the ECtHR examines States’ positive obligations to secure Convention rights for persons within their jurisdiction. The State’s obligation, whether negative (obligation to refrain from interference) or positive (obligation to take the necessary measures), is to strike the right balance between the competing interests at stake: the rights of the employee have to be weighed against the employer’s prerogatives, the rights and interests of others and the public interest. In finding this balance, States are generally afforded a wide margin of appreciation. Once the case is before the ECtHR, the Court is limited to reviewing whether the measures taken at national level were justified and proportionate. Where the balancing exercise undertaken by the national authorities is in conformity with its case-law standards, the ECtHR will only substitute its view for that of the domestic courts in exceptional circumstances.

ECtHR cases on workplace dress code policies usually relate to Article 9 of the Convention and the employee’s right to manifest their beliefs by wearing religious clothing or symbols at work. With regards to public employees, the ECtHR has previously accepted justifications for such clothing restrictions based on the principles of State secularism and neutrality. In Dahlab v. Switzerland, the Court referred to the role of teachers in a democratic society and the young age of the pupils in question and rejected a complaint from a female teacher who had been prohibited from wearing the Islamic veil while working in a primary school (see also Kurtulmuş v. Turkey). The Court followed a similar line of reasoning in the context of public hospitals (Ebrahimian v. France). Having regard to the vulnerability of the users of the public service, it held that the State was entitled to require that the employees conformed to a neutral dress code at work in order to guarantee quality of treatment.

Another case that shows the importance of giving sufficient reasons for a particular dress code policy is Eweida and Others v. the United Kingdom, where two employers put forward different grounds for restricting their employees from wearing visible crosses around their necks while at work. Ms Eweida, the first applicant, was a British Airways employee sent home from work because of her refusal to conceal her cross, in breach of the company’s uniform code. The ECtHR found the employer’s wish to protect its own brand legitimate. However, in the circumstances of the case (the cross was discreet, professional appearance was maintained, the uniform code was later amended allowing for the visible wearing of religious symbolic jewellery, there was no evidence of any real encroachment on the interests of the company or others) it found the domestic courts had failed to struck a fair balance. However, when it came to the second applicant, a geriatric nurse in a public hospital, the interest of the employer in maintaining health and safety in a hospital ward was found to outweigh the employee’s interest in manifesting her religion at work.

When worker’s clothing choice at work is an expression of one’s personality and the choice of desired appearance reaches a certain level of seriousness, Article 8 of the Convention and the notion of private life may come into play. In Kara v. UK, the male applicant was prevented from wearing a dress at work. The Commission considered that employers could require their employees to conform to certain dress requirements reasonably related to the type of work, like safety helmets. It held that it was reasonable to require that the applicant, who had contact with the public outside his office, conformed to a dress code appropriate to his gender to safeguard his employer’s public image.

Surveillance at the workplace

Another type of office-life-related cases that has received considerable attention relates to the issue of surveillance in the workplace. In Copland v. the United Kingdom, it was established that an employee’s phone calls and e-mails sent from work and personal internet usage in the workplace could be covered by the notions of “private life” and “correspondence”. In such situations, the employee’s reasonable expectation of privacy has been traditionally a significant factor in ascertaining whether the Court should even examine an office surveillance measure under Article 8 of the Convention.

However, in Bărbulescu v. Romania, which concerned dismissal for using office resources for personal matters against company regulations, the ECtHR left the question of the applicant’s reasonable expectation of privacy open. Article 8 applied regardless of the applicant’s knowledge of the private employer’s ban on personal internet use because “an employer’s instructions [could not] reduce private social life in the workplace to zero. Respect for private life and for the privacy of correspondence continue[d] to exist[…]”.

The Court went on to outline some general principles to be born in mind when evaluating States’ positive obligations under Article 8 in employment cases. States are required to ensure that any kind of office surveillance targeting employees’ non-professional communications includes protection against abuse. Authorities at the national level have to examine the proportionality of the measure and the procedural guarantees in place. For example, they should check whether the employee affected by the measure has been notified in advance of the monitoring in clear terms and whether a less intrusive monitoring system (such as one that does not include full access to the full contents of the employee’s communications) could fulfill the goal the employer is pursuing. An employee also has to have access to a judicial remedy.

The ECtHR acknowledges that it is reasonable for employers to make sure their employees are actually doing work while on the clock. Yet in the Bărbulescu case the domestic court had failed to strike a balance between this legitimate aim and above-mentioned necessary factors. However that ruling does not prohibit employers from monitoring employees’ communications or dismissing employees for using the internet for private purposes (see Libert v. France, where the applicant had been dismissed after the employer discovered pornographic files on his office computer).

Video recording of employees at work is another topic that can fall under the scope of the ECHR’s right to a private life. In Köpke v. Germany, the applicant was a supermarket cashier who was dismissed without notice for theft following a covert video surveillance operation. She unsuccessfully challenged her dismissal before domestic courts. The Court considered that the domestic authorities had struck a fair balance between competing concerns – the employee’s right to privacy and the employer’s right to protect their property – because the recording had been limited in duration (two weeks), location (the area surrounding a particular cash desk) and scope (the obtained visual data had been used only in connection with the termination of employment).[i]

So does ‘my office’ necessarily mean ‘my rules’? It depends. The answer is very likely ‘no’ followed by a ‘but…’. It is difficult, if not impossible, to draw one-size-fits-all conclusions from the ECtHR’s case-law – especially in the context of positive obligations which have case-specific solutions and the boundaries of the ECtHR’s judicial review. Checking what you have consented to by signing an employment contract and the domestic regulatory framework is a good starting point. This should be followed by an examination of all the relevant circumstances concerning workplace restrictions, including, but not limited to, the nature of the employer, the importance of interests at stake, the existence of (judicial) remedies and other safeguards against employer’s arbitrariness. Nonetheless, it is safe to say that taking a job that will knowingly limit your Convention rights is only one of the factors determining the outcome of the balancing between different interests at stake. Similarly, being able to resign when you are unsatisfied with restrictions on your rights in the workplace does not give your employer unconditional powers.

[i] The Court reached a different conclusion in the case of López Ribalda and Others v. Spain but the case has been referred to the Grand Chamber. 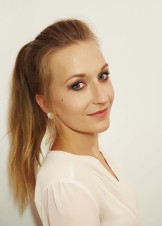 NOTE: The views and opinions expressed in this post are those of the author and not in any sense those of the European Court of Human Rights.

One thought on “My office – my rules?”