In May 2019, a group of eight Torres Strait Islanders, with legal representation from Client Earth, submitted a claim to the UN Human Rights Committee (UN HRC) alleging that Australia’s contribution to emissions together with its failure to establish adequate adaptation measures violates their human rights. The claim is legally significant as it is the first lodged with the UN HRC by island inhabitants threatened by climate change. It is also the first instance of climate change litigation based in human rights law against the Australian Government. The filings remain confidential, but this blog post sketches the possible parameters of the claim, drawing on a journal article I published last year.

The Torres Strait Islands constitute an archipelago of about 150 islands in shallow open seas, and form part of the state of Australia. Torres Strait Islanders are an indigenous community distinct from mainland indigenous Australians, with their own customs, language, culture and identity. Most islanders live in villages only marginally above sea level and are already experiencing the impacts of climate change. More extreme weather events, combined with rising seas already threaten fresh water supplies and have worn away sacred sites. As the land they occupy is slowly eroded, so is a part of their social and cultural cohesion.

The legal claim, standing and admissibility

Australia is a party to the International Covenant on Civil and Political Rights (ICCPR) and its Optional Protocol which means that a Torres Strait Islander, or group of islanders similarly affected, can submit a claim to the UN HRC alleging a violation of the Covenant. The claimants have alleged violations of the right to life, the right to private and family life, and the right to culture, as protected under articles 6, 17 and 27 of ICCPR.

To prove that an ICCPR right has been violated, a claimant “must show either that an act or omission of a State party has already adversely affected his or her enjoyment of such a right, or that such an effect is imminent” (EW et al v the Netherlands, 1990; and UN Human Rights Committee, para 13). Those islanders who have already sustained severe flooding and ocean inundation have been directly affected, and possess standing to bring a complaint.

The most significant preliminary challenge for this claim is likely to be admissibility. To be successful, claimants must show the exhaustion of domestic remedies (Optional Protocol Arts 2 and 5(2)(b)). As far as this author is aware, no domestic claims have been made. That the claimants have no domestic filings to provide might not preclude admissibility because there is no clear remedial forum. Judicial and merits review of administrative decisions is limited by the lack of a single administrative decision about which to object, and such claims are not possible where it is the goal of litigation to challenge the Government’s general policy approach. There is no federal legal framework of human rights in Australia on which to file a human rights claim in a court, and while the claimants could make a complaint to the Australian Human Rights Commission, it has no competence to order binding relief.

What is unique about the Australian context is that there are few, if any, domestic avenues for the islanders to seek a remedy and at the same time the Australian Government’s emissions policy has tracked progressively badly. Australia has provided its Nationally Determined Contribution (NDC) under the Paris Agreement, in which it aims to reduce emissions by 26-28 per cent from levels measured in 2005 by the year 2030. It is questionable whether this really meets the ‘ambitious efforts’ (Article 3) that the Agreement requires, but whatever the adequacy, Australia is ‘off-track’ to meet its commitment in any case. Emissions projections released by the Australian Department of the Environment and Energy in December 2018 show that Australia will emit 563 megatonnes of CO2 in 2030, which is 121 megatonnes over its NDC stated goal. Moreover, the December 2018 Quarterly Update of Australia’s National Greenhouse Gas Inventory emissions indicates that emission levels increased by 0.8% relative to the previous quarter. Overall, Australia’s emissions targets have been measured as “insufficient” to keep warming below the Paris Agreement’s (Article 2) goal of keeping the global average temperature to well below 2⁰C above pre-industrial levels.

The timing appears to be right for this claim. It has been more than a decade since a comparable claim was made before the Inter-American Court of Human Rights which was declined. Legal thinking has moved on since, both in terms human rights and in terms of state responsibility for contributions to climate change. The Urgenda decision in the District Court of The Hague in 2015 (and upheld on appeal in 2018) did away with the traditional objection that the inability to prove direct causation from specific emission to each specific impact is enough to avoid responsibility under human rights law.

Moreover, the new UN HRC General Comment on the Right to Life (October 2018) explicitly acknowledges the connection between the right to life and climate change. Paragraph 62 is especially relevant in which the UN HRC recognises that the “implementation of the obligation to respect and ensure the right to life, and in particular life with dignity, depends, inter alia, on measures taken by States parties to preserve the environment and protect it against harm, pollution and climate change …”. It adds that “[o]bligations of states parties under international environmental law should thus inform the content of Article 6 [the right to life]…” Tellingly perhaps, during the drafting phase, Australia resisted the inclusion of reference to international environmental law in the new General Comment.

The Torres Strait Islander‘s claim to the UN HRC provides an opportunity for the Committee to elucidate the boundaries of human rights protection from the adverse impacts of climate change in very practical terms. If the claim reaches a decision on the merits, it provides an opportunity to elaborate how state responsibility might arise. Such a decision could serve to guide comparable domestic and regional human rights claims, thus enhancing legal protections for other communities similarly affected. In doing so, it would also elaborate the standards by which other states ought to measure their own compliance. 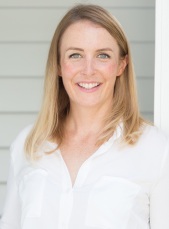 Miriam is Assistant Professor of Climate and Migration Law at Copenhagen University where her research focuses on legal responses to climate-induced migration. She teaches courses on migration and forced displacement from climate change, international migration law, and public international law and has an ongoing research interest in the law and practice of the United Nations.