The Charter of the Association of Southeast Asian Nations (ASEAN Charter) is the legal and institutional framework for ASEAN. Entered into force on December 15, 2008, the Charter codifies the values, norms, and rules embodied by ASEAN, sets clear targets for the future and also instills compliance and accountability. The adoption of the ASEAN Charter has been hailed by ASEAN state leaders as facilitating the realization of ASEAN Community objectives by investing the organization with legal personality and efficient structures.The Member States registered it with the Secretariat of the United Nations which shows their commitment.The founding principles of the Charter include good governance, abiding by the Rule of Law, a constitutional government, and the principles of democracy.

ASEAN unity is pertinent to maintain the group’s centrality in regional summitry. This can be maintained by developing and articulating a common position regarding key issues with major powers, which has also been stated under Article 41 (4) of the Charter. However, recently issues such as the South China Sea have shown a failure from the group. While the issue has been handled at the moment, this event claimed to inflict a “severe dent” on the credibility of ASEAN. This has led to the concerns regarding whether the Charter at its present is adequate to prescribe a process to discuss issues and maintain unity on key issues, or whether ASEAN should revert to its pre-Charter modalities.

THE PRE-CHARTER MODALITIES OF THE ASEAN WAY

The pre-Charter modalities of ASEAN were centered around the “ASEAN Way” – a methodology or approach with its procedural component mainly grounded in the use of informal mechanisms in dealing with conflicts and centered around coming to a consensus with regards to decision-making among the Member States. Due to this, the pre-Charter affairs were conducted in a loose and informal way, unclear with their nomenclature with few legally-binding arrangements and weak institutions. While this form did work in the past, to avoid being left behind in the new global economy where most of the Western counterparts, as well as Asian nations, have moved towards a legalized form, ASEAN needs to grow beyond its loose association and do the same.

The ASEAN Way helped in the formative years as the Member States could deal with their domestic problems with any fear of intervention or criticism from the other Member States. While the respect for sovereignty and the principle of non-interference remain the over-riding framework of regional integration there have been several upcoming instances of this principle being violated. Examples such as the clashes between Thailand and Cambodia over border issues and non-use of force, the expulsion of the Rohingya Muslim inhabitants, etc. show deviance from the principle and the short-comings of the pre-Charter modalities. The predominance of the soft legal foundation of ASEAN and the ASEAN Way have together inhibited the development of clear, stable, and predictable rules, thus reinforcing the tendency of the weakness of institutions.

The current developments in ASEAN have signaled a departure from the ASEAN Way towards a more rules-based regime based on regional integration. The ASEAN Charter has ushered in institution-building, rule-creation, and a more stable and coherent framework for regional cooperation, while in the past key institutions and processes were based on practice. There is a need for an evolution of a rules-based system and the ASEAN Charter represents an evolving framework for regional cooperation in ASEAN which came about through the consequence of promoting regional integration.

A SHIFT TO RULES-BASED SYSTEM IN THE POST-CHARTER MODALITIES

The rule of law is important for a society as it limits the power of the sovereign, ensures justice and morality, and provides technical assistance from international organizations, the United Nations, non-governmental organizations, etc. The principle of the Rule of Law entails that the State may not arbitrarily exercise its power, the law must be applied to all, including the sovereign, and equal protection to all. It is important due to generality, publicity, prospectivity, intelligibility, consistency, practicability, constancy, and congruence as the “internal morality of law.” While the ASEAN Way has worked in the past there have been events such as the Asian Financial Crisis, the Severe Acute Respiratory Syndrome (SARS) epidemic and the Asian tsunami disaster of 2004 that has challenged the region. Earlier ASEAN worked on a foundation of loose institutions and developed a culture around regional relations which were not based on hard and enforceable commitments. However, there is now a need to strengthen ASEAN’s intergovernmental institutions by trusting them and using them to makes these institutions actually work.

The building of the rule of law in ASEAN depends upon the willingness of the states to place limitations through legal and institutional limits on their sovereign powers. Greater institutionalization and a willingness to explore other modes of regional interaction beyond the ASEAN Way helps in building regional cooperation which has been expanding into other subject areas such as human rights, civil society participation, etc.

The ASEAN Charter saw a political commitment which brought forth new legal bodies, a legal personality, new ASEAN bodies. The importance of the Charter can be seen in it conferring more power and roles to ASEAN. With the new broader aspirations of ASEAN, there has been an overwhelming recognition, even from the ASEAN officials, regarding the inherent limitations in the ASEAN Way and how there is a need to evolve into a more rules-based regime. The importance of the post-Charter modality of a rules-based system vis-à-vis a pre-Charter modality is that there has been a shift towards laws which are specific, concrete and particular in comparison to the previous principles which were general, abstract and universal. The Report of the Eminent Person Group on the ASEAN Charter has emphasized on the need for the rule of law due to better compliance. The Report also shows that the ASEAN nations want and need more effectiveness, compliance and in some circumstance’s enforcement. Hence, the Report has advocated for substantive, reputational and procedural changes. The McKinsey Report also recommends establishing institutional and legal reforms to promote regional economic integration.

The post-Charter modality has seen norms and operational modalities taking more importance. A lot of power was conferred in the Member States Pre-Charter; however, post-Charter more power has been exerted and exercised by the laws and institutions. The post-Charter modality is better due to better compliance, better adherence to obligations, and therefore, better dispute settlement and monitoring mechanisms. It promotes, human rights and democracy, ASEAN Centrality, and also supports the International standing.

To address the growing challenges and opportunities of regional integration, and to compete with the shift in the Asian landscape brought by the rise of China and India, there is a need to move towards a rules-based system as seen in the post-Charter modality. With China ahead of ASEAN and India also developing fast, as a block of 10, it is easier for ASEAN to block economic shocks from externalities and also compete with these market bases.

While the ASEAN Way has worked in the past there have been events such as the Asian Financial Crisis, the SARS epidemic and the Asian tsunami disaster of 2004 that has challenged the region. ASEAN is facing pressure from several pressing issues including the South China Sea, as well as their policy on human rights. With the U.S. changing its policies in the past few years since the election of President Donald Trump and his decision to withdraw from the Trans-Pacific Partnership trade agreement, ASEAN has been unable to resolve the issue of the South China Sea with China. Instead of heavily focusing on the pre-Charter modality of the ASEAN Way, the nations need to focus on regional integration and upholding the rule of law. To accelerate regional integration and a better response to future events there is a need for a collective effort to build a concrete rules-based Community. While the ASEAN Way and the pre-Charter modality have acted as a bedrock for peace and stability in the region, there is a need to become more rules-based and operate under the post-Charter modality. Therefore, to promote transparency and accountability there is a need to work towards the post-Charter modality and adopt a more rules-based regime. 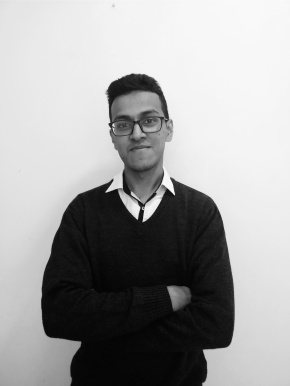 Harsh Mahaseth is currently pursuing his graduate degree in Asian Legal Studies from the National University of Singapore. His numerous publications in prestigious blogs and journals have earned him the Best Law Student and Emerging Scholar Award, and his internships with various international organizations such as the SAARC Secretariat, UNICEF, UN-Habitat, etc. have directed him towards the areas of Asian Studies, Public International Law and Human Rights. With an aim to promote peace in Asia and further the academia of the region he has been dedicated to these areas, with them forming his prime areas of interest.