Plastic marine litter is growing, negatively affecting ecosystems, biodiversity and human health globally, and luckily awareness of this issue has grown as well on the international stage. For example, the EU adopted the Single Use Plastic Directive, which states in its preamble that the ‘Union must play its part in preventing and tackling marine litter and aim to be a standard setter for the world’. With this Directive, the EU aims to achieve an ambitious and sustained reduction of single-use plastic products within its Member States. The private sector also pursues another way to tackle this issue, e.g., the  Ocean Cleanup, which is a foundation registered in the Netherlands that develops technologies to clean up ocean plastic pollution.

The objective of the Ocean Cleanup is to reduce the amount of floating plastic in the oceans. The Ocean Cleanup developed System 001/Bwhich captures and collect plastic debris in the Great Pacific Garbage Patch. In addition, the foundation developed an interceptor, which intercepts the plastic pollution in rivers. The system, however, is used on the high seas.

2.         The Agreement between the State of the Netherlands and The Ocean Cleanup concerning the deployment of systems designed to clean up plastic floating in the upper surface layer of the high seas

The Ocean Cleanup’s System 001/B consists of a long floater, which sits at the surface of the water, and a skirt that hangs directly underneath the long floater. Because of the long floater, it floats independently from any ship. It isnot registered as a vessel under Dutch Law and therefore, it does not operate under the Dutch flag. It would, however, be possible since a vessel is defined in Article 1 of Book 8 of the Dutch Civil Code as ‘all things, other than aircraft, which, according to their construction, are destined to float and which float or have done so’. The system and interceptor fall within this definition as the system and interceptor floats. The non-registration of the system and the interceptor as a vessel leads to the non-applicability of the laws concerning vessels operating under a Dutch flag.

Notably, the System 001/B does carrythe Dutch flag for practical purposes instead of legal ones.

Under the United Nations Convention on the Law of the Sea 1982 (UNCLOS), the Netherlands is obliged to have a duty of care in relation to all activities that are conducted under its control outside those areas where they exercise sovereign rights.

For that reason, on June 8, 2018, an Agreement was concluded between the Netherlands and the Ocean Cleanup to provide for a clear legal framework for the Ocean Cleanup’s activities. This Agreement is as much as possible in line with Dutch maritime rules and the international rules concerning marine scientific research.

Furthermore, in the commentary of the Agreement, it is stated that the key interests of the parties are: (i) the safety of the shipping; (ii) the protection of the marine environment; and (iii) the safeguarding of other uses of the high seas. Those interests must be taken into account in the preparation and implementation of the activities of the Ocean Cleanup. Marine scientific research is not mentioned as a key interest.

The question arises whether the Ocean Cleanup could do their activities in the high seas under another legal basis, which would be a better fit.

The aim and purpose of the Ocean Cleanup is in line with the aim and objectives of the UNCLOS, since the preamble of the UNCLOS states that the legal order for the seas and the oceans promotes ‘the conservation of their living resources, and the study, protection and preservation of the marine environment’.

5.         Article 87 UNCLOS and the right to use the high seas to protect and preserve the marine environment in the interests of mankind?

However, the freedoms stipulated in Article 87 UNCLOS are not exhaustive. As discussed above, the Agreement is based on the freedom of scientific research. The question arises whether there is a freedom that covers the main activity of the Ocean Cleanup which is to clean up the ocean plastic pollution.

6.         Protection and the preservation of the marine environment

6.1 The protection and the preservation of the marine environment is in the interests of the entire international community

6.2 The UNCLOS obligations concerning the protection and preservation of the marine environment

The obligation to protect and preserve the marine environment indicates a further obligation than to prevent substantive pollution. It also means that existing pollution should be diminished, as the term preservation also implies that the present condition must be improved.

7.         The freedom to use the high seas for the protection and preservation of the marine environment

Considering that the protection and preservation of the marine environment is in the interest of the international community and it provides for the obligation of States to improve the current state of the high seas in relation to the plastic pollution, there should be a right on the other side of the coin. The right to use the high seas to protect and preserve the marine environment, for example, to improve its current state by diminishing existing pollution. To diminish the existing pollution should not depend on whether scientific research is conducted. It should be a freedom of itself. 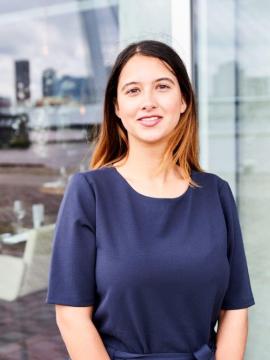