“a deliberate disruption of internet or electronic communications, rendering them inaccessible or effectively unusable, for a specific population or within a location, often to exert control over the flow of information.”

In this definition, the first element of a shutdown is the intentionality behind it. This means that governments or Internet Service Providers (ISPs) restrict access to the internet deliberately. However, looking more closely we can see that the intentionality of an internet shutdown is not always clear-cut. For instance, if a natural disaster pummelled the central internet grid, then the internet or electronic services could be disrupted for a period of time. In such a case, the action may not necessarily have been intentional. Nevertheless, in such circumstance states have positive obligations to protect and fulfil access to the internet by fixing dysfunctional facilities and restore internet connection. The second element in the definition is the disruption of the internet services. This implies that the ISPs make an interruption to the free flow of their services. These disruptions can be total or partial shutdowns. In the former, all services on the internet are blocked off, targeting mobile internet access and/or fixed lines, such that users in a country or region are not able to access the internet. By contrast, the latter includes content blocking techniques applied to restrict access to certain websites or applications, involves the throttling of the internet, very often to block people from communicating or sharing information inter se. The third element in the definition is the target location or population of the disruption. Sometimes this is a specific geographic region, at other times it is the entire State.

In 2019 alone, the internet was intentionally disrupted more than two hundred times across 33 countries per AccessNow data. States use a number of reasons to justify internet shutdowns. The most common official justification for ordering shutdowns in 2019 was fighting fake news, or hate speech. In other words, States claim that a shutdown is necessary to fight viral (mis)(dis)information; however, references to hate or dangerous speech could be an attempt to hide their efforts to control the flow of information during periods of political instability. (see here, and here) Other justifications include public order measures in the form of military actions (for example: Ethiopia, and India), public safety in relation to quelling protests, national security (for instance: Bangladesh, Myanmar, and Sudan), stopping cheating on school exams (see e.g., Algeria, Ethiopiaand Iraq), third-party actions such as measures taken by armed non-State actors, (e.g., Yemen) and  during elections (examples include — Benin, Bolivia, Kazakhstan, Malawi, Senegal, and Spain).

In 2020, Ethiopia ordered a shutdown to manage the insecurity in the Western part of the country. Likewise, India imposed shutdowns in its Kashmir province.

“The same rights that people have offline must also be protected online.”

Later in 2013, the UN Human Rights Council endorsed another instrument on the role of freedom of opinion and expression in women’s empowerment which sets out that the rights can be exercised on the internet. (art 3(a)) While many conversations on the impact of internet shutdowns on human rights tend to centre around civil and political rights, it  also has a profound impact on socio-economic rights, such as the right to education, housing, health, and even social security. In Shirin R.K. v. State of Kerala, (paras 19-25) the Indian High Court ruled that a restriction imposed on the use of mobile phones in a women’s hostel was an unreasonable infringement upon the right to access the internet, the right to privacy, and the right to education.

The issue of internet shutdown has become a cause célèbre in international human rights law following a joint declaration on freedom of expression and conflict situations by the  UN and regional monitors of freedom of expression made in 2015 which inter alia underscored that blanket shutdowns of internet shouldn’t be justified under human rights law:

Subsequently, in 2016 the UN Human Rights Council adopted another resolution which boldly condemns the use of a deliberate form of internet shutdowns. In particular, para 10 of the Resolution reads:

“…condemns unequivocally measures to intentionally prevent or disrupt access to or dissemination of information online in violation of international human rights law, and calls upon all States to refrain from and cease such measures.”

This means that States may not deliberately disrupt the internet services under international human rights law unless they fulfil the strict requirements such as legality, legitimacy, necessity and proportionality. Shutdown measures should be guided by strict legal procedures, and be transparent. In Amnesty International Togo and et al v. the Republic of Togo (para 45), the ECOWAS Community Court of Justice set an affirmative precedent by ruling that an internet shutdown made without clear legal procedure is illegal.  The Court notes:

“The Respondent’s attempt to justify the action of the State of Togo in shutting down the internet access based on the protest that took place in there and had the potential to degenerate into a civil war and therefore it was imperative for the State to protect the national security of the country. While this argument has merit and has been internationally recognised as a valid defence to derogate from certain rights, the fundamental basis of exercise of this power of derogation is that it must be done in accordance with the law. The Court therefore opined the Respondent has not shown up either by reference or otherwise the evidence of any such law. (…)  The Court concludes that the failure of the Respondent to provide the said law is evidence that their action was not done in accordance with law and is therefore in violation of the applicants right to freedom of expression under article 9 of the African Charter on Human and People’s Rights.”

In the same way,  the Indian Supreme Court in Anuradha Bhasin v. Union of India (para 152.f)found that the Government must periodically justify its continuing actions in Kashmir in early 2020. However, shutdowns ordered pursuant to vaguely formulated laws fail to satisfy the legality requirement under human rights law as per Human Rights Committee General Comment No.34 (paras 24-25).

Also, States must justify their measures conforms to one or more utilitarian grounds such as public order, public health or national security before shutting down the internet. Most importantly, blackout orders must meet pressing social need or be necessary in a democratic society. (see Siracusa Principles art 10) Internet shutdowns in many cases do not satisfy the test of proportionality. (see Anuradha Bhasin v. Union of India (para 152.d)) Needless to say, users could be affected in many ways such ascut off from using health services, mobile banking, e-commerce, election monitoring and so on. Thus, blanket shutdown measures are disproportionate to the legitimate aim to be sought as they are imposed on wholesale basis.

At the regional level, the African Declaration of Principles on Freedom of Expression and Access to Information adopted by the African Commission on Human and Peoples’ Rights in 2019 plainly prohibits any disruption of access to the internet. (see Principle 38(2)) Hence, the Declaration provides prohibiting shutdown of the internet in strongest and absolute terms. This makes the African human rights system very progressive in terms of having a norm prohibiting internet shutdown, and would be a bulwark for the protection of human rights in the continent where internet shutdowns are common.

“Each Member State reserves the right to suspend the international telecommunication service, either generally or only for certain relations and/or for certain kinds of correspondence, outgoing, incoming or in transit, provided that it immediately notifies such action to each of the other Member States through the Secretary-General.”

As such, this provision gives States a green light to suspend or shutdown the internet. Given the ITU Constitution is binding to Member States, when a State has been imposed a shutdown measure it has an obligation to notify the actions to other Member States.

International law devises a number of norms prohibiting internet shutdowns. The jurisprudence from domestic and regional courts also equally important for making norms at global level. The advent of these norms would give rise to the debate whether States are entitled to shutting down the internet under international law. The international human rights law regime for example prohibits internet shutdowns but leaves some room for States to restrict rights lawfully once they fulfil requirements such as — legality, legitimacy, necessity and proportionality. Likewise, international telecommunications law discourages internet shutdowns. When States shut off the internet, they should fulfil the requirements of providing notice and justifications under the ITU Constitution. In concluding, there is a growing number of norms and jurisprudences prohibiting internet shutdowns under international law. As a result, States should draw guidance from these bodies of laws before ordering shutdown measures. 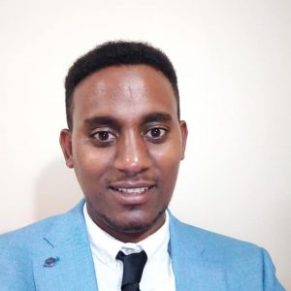 Yohannes Eneyew Ayalew is a PhD Candidate at the Faculty of Law, Monash University, Melbourne, Australia. Prior to joining Monash Law, he was a Lecturer in Law at School of Law, Bahir Dar University Ethiopia where he was teaching and researching in media law and human rights. He holds LL.M in International Human Rights Law (University of Groningen), and LLM in Public International Law (Addis Ababa University). His research interest includes—Internet freedom in Africa, Internet shutdowns, Content moderation, Intermediary liability, International human rights law and Public international law. He can be reached on email: yohannes.ayalew@monash.eduor find him on Twitter @yeayalew.